It is incredibly powerful to hear the voices of the people affected by relationships with undercover police speak about their experiences. 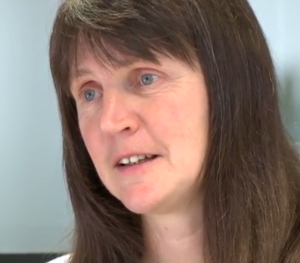 Helen Steel and “Lisa” Jones will be speaking at public events in October, and encourage you to go and listen to their stories.

“Lisa” Jones, who had a six year relationship with officer Mark Kennedy, is speaking at a public meeting organised by the Campaign Opposing Police Surveillance: ‘Voices of the spied upon‘ on the evening of the 10th October in London. She will be speaking along side Ricky Tomlinson, a high profile figure denied core participancy status in the Inquiry to Undercover Policing, and Duwayne Brooks, the main witness to the murder of his friend Stephen Lawrence. You can book to go to this event, or spread the word via facebook.

Helen Steel, who had a long term relationship with undercover officer John Dines, is speaking at the Agitate, Organise, Resist Conference organised by the Orgreave Truth and Justice Campaign. This is on October 1st from 10-4pm in Sheffield.

We encourage as many people as possible  to hear the voices of the people affected directly, as this is the best way to understand the appalling abuse they suffered at the hands of the police, and why we need to ensure it never happens again.