The second postcard in the series: 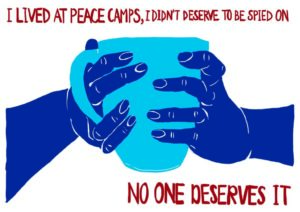 I lived at peace camps 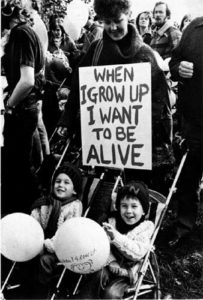 I spent many years campaigning against the proliferation of nuclear weapons, starting at Greenham Common in the ’80s.

I was part of a group of women who continued to work together after Greenham, against war, against the arms trade, trying to highlight the links between the nuclear-military-industrial complex and the British State. 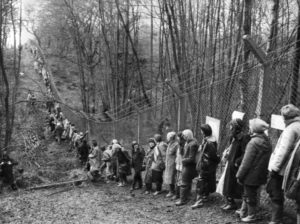 We took part in blockades at Faslane in Scotland.

I spent time at Menwith Hill Women’s Peace Camp, which was set up to highlight the USA’s worldwide surveillance systems. 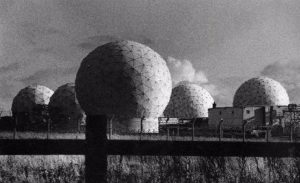 I know a lot of people think the spy-cops were all men, and this does seem to be the case in the majority of situations.

But it’s obvious to me that they must have sent women SDS officers into Greenham.

And I know of at least one woman from a later police unit, the NPOIU, who came to Menwith Hill. Who knows what she made of us? 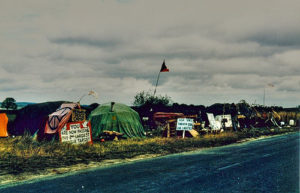 The peace movement was infiltrated by corporate spies as well as by undercover police officers.

They showed no compunction about moving into our groups, into our camp, into our homes, sometimes even into our beds.

Decades later, there are plenty of ‘veteran’ peace campaigners who are still waiting for confirmation about the police’s activities in the past. 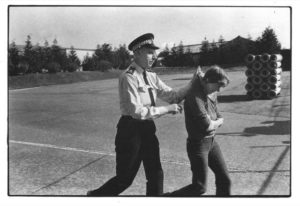 I lived at peace camps. We didn’t deserve to be spied on