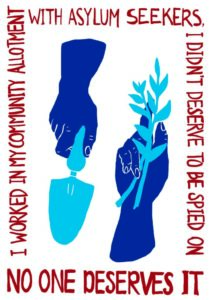 I worked in my community allotment with asylum seekers.

Some  of the women who ended up in relationships with these undercover  officers did not consider themselves to be “activists” or “organisers”.  They weren’t involved in any of the groups the police wanted to collect  intelligence about. They weren’t privy to those people’s plans and  actions. But they were somehow on the periphery of the scene or movement  that the police were interested in. 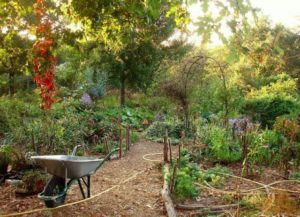 For example, I was a volunteer at my  local city farm. I ran a gardening club, mostly with asylum seekers, refugees and other  unemployed people. I spent most of my time growing organic salads and  vegetables. I can’t think of a single piece of useful intelligence that  the police might have got from me, despite putting an undercover police  officer right into my life.

But, looking back, it seems that what  happened to me is what they’ve been calling “collatoral damage” – I was  in the wrong place at the wrong time, I was a convenient target and  being in a relationship with me meant that nobody questioned him.

This  appears to have been a common tactic used by SDS officers. They  sometimes formed relationships with women purely to build up their  ‘legend’. These women are only finding out (some of) the truth now, many  years after they last saw their former “boyfriends”.

They didn’t  deserve to be spied on. 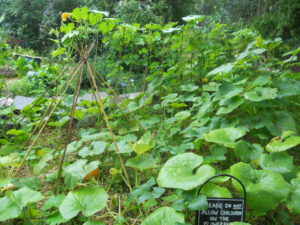 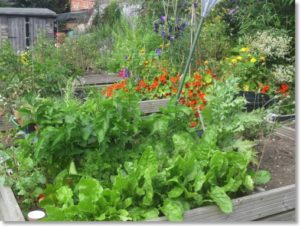 I worked in my community allotment with asylum seekers