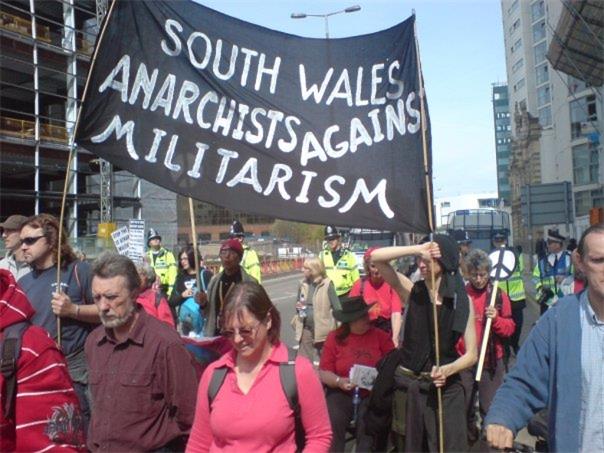 A judge this week, has ordered Police that they must disclose evidence in the legal case [1] over undercover police officer ‘Marco Jacob’s abusive sexual relationships that happened while he deployed in Cardiff. This comes in the face of the Police consistently trying to avoid disclosing evidence around this case.

The Undercover Officer had spent 5 years infiltrating anti-capitalist, anarchist, environmental, animal rights and other campaign groups,[2] developing a number of close personal relationships, and in common with several other undercover police who have been exposed, engaged in the sexual abuse of a number of his targets.[3]

Despite having very publicly apologised to seven women [4] for such deceitful long-term intimate relationships and abuses, Police Lawyers are maintaining delaying and avoiding coming to a settlement in relation to this case. Police have had orders to disclose their evidence on several previous occasions, but have so far produced nothing. [5]

In court this week, whilst denying that they are running a campaign of non-compliance in relation to this case, Police Lawyers sought further delays, requesting that these proceedings be delayed until after the Undercover Policing Inquiry. They sought to avoid disclosure completely, by telling the judge that there was a “real risk to life” if there is disclosure, and that any disclosure in this case could reveal other covert intelligence sources in the same group.

The Judge however said that there must be some disclosure, specific to this officer, that can be released, at least in stages, and ordered specific disclosure of the officers interactions with the claimants by the end of August.

“I am pleased the Judge continues to order the Police to disclose evidence in this case. Despite admitted the wrongdoing of undercover officers, it beggars belief that the police continue to try to avoid this, and avoid facing up to their responsibilities, heaping extra suffering on the people they targeted.” – Tom Fowler, claimant

1] AJA, ARB, & Thomas Fowler (Claimants) -v- Commissioner of Police for the Metropolis,  Chief Constable of South Wales Police, & Association of Chief Police Officers (Defendants). Two women and one man have been suing The Metropolitan Police, South Wales Police and the Association of Chief Police Officers over sexual abuse committed by an undercover police officer in Cardiff – “Marco Jacobs”. Consent orders for settlement for one of female claimants will be imminently sealed by judge. However, the police continue to fight the other claims.

4] Previous court directions had ordered that standard disclosure must be given by 5th December 2016.  A submission by police gave very detailed timetable of their disclosure dates. All have long since passed with no submission of evidence. A full trial date was set for 22nd May 2017, however due to failure of police to disclose, this had to be vacated
— end of background information —