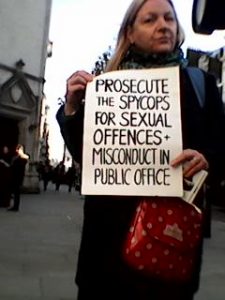 The High Court has dismissed a challenge to a decision by the Crown Prosecution Service not to prosecute former undercover police officer Jim Boyling under the Sexual Offences Act 1956 and for Misconduct in Public Office in respect of his deceitful sexual relationship with an environmental activist known by the pseudonym of ‘Monica’.

The Court dismissed the submission that Jim Boyling’s state sponsored deception as to his identity served to vitiate, or negate, Monica’s consent. Monica is considering whether to apply for leave to appeal the High Court’s judgment.

“It is most regrettable that such a much needed opportunity to clarify the law on deceit around consent in sexual relationships has been lost. As matters stand, on the one hand young women with mental health problems are prosecuted and imprisoned for deceiving as to gender while undercover officers who construct entirely false personas and enter into long term, intimate, sexual relationships in order to spy can continue to do so with impunity. This leaves it open to the state to continue to utilise sex as a weapon in their undercover arsenal with impunity and leaves women open to very frightening abuses of power for the foreseeable future. Our client was not the only one to be affected in this way. This was an undercover operation conceived, managed and undertaken, in the main, by men and those deceived into sexual relationships were almost all women. The decision in this case leaves those affected by institutional sexism such as this with no effective remedy.”

“This decision was hard to hear. Employing well paid state actors to infiltrate the lives, hearts and beds of women activists working toward positive social change, is as much an abuse of state power as it is of individual human rights. It is appalling, yet telling, that the High Court Judges feel unable to acknowledge this.” 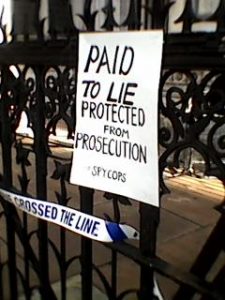