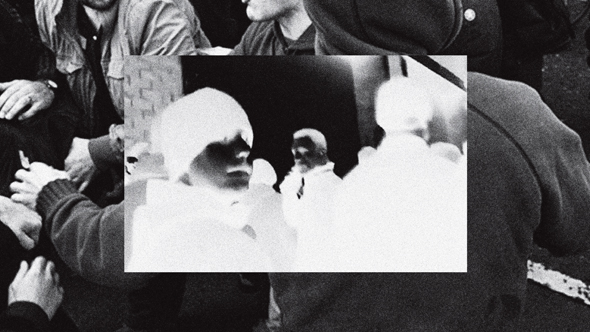 This article was written for Occupied Times.

On a cold October night in 2010 Mark Kennedy admitted to his partner of six years and a group of close activist friends to being an undercover cop. This event cracked the dam of secrecy that had allowed the police to infiltrate and undermine social movements and campaigns for decades with impunity. It led to a trickle and then a torrent of revelations about other undercover operations which, five years on, still show no signs of abating.

As such, it is worth remembering that it was only through the investigative work of those activists close to Kennedy that led to his capitulation. Likewise, Helen Steel, who had already exposed McDonald’s corporate spies in the longest-running legal case in English history, spent years uncovering the truth that John Dines, her former partner, was also an undercover cop. In the most prominent case concerning undercover officers deceiving women into relationships eight women have been fighting to expose the truth for three years. Several other cases are under way, some just beginning. The strength and dedication to confront the power of the state and corporations by those most damaged by undercover policing continues to inspire. It is a battle that is as old as class struggle itself.

E.P. Thompson in his The Making of the English Working Class illustrates the ways in which, even before the formation of a police force, the state deployed a two-pronged approach to maintaining control of the population. Firstly, local magistrates (Justices of the Peace) offered rewards to informers if their slander resulted in the conviction of Jacobins, Luddites and later Chartists. If this failed to undermine the organising of workers and mass protest spilled out into the streets then the army was used to violently demonstrate what happened to those who sought change. The most famous example being the Peterloo Massacre in Manchester on the 16th August 1819, in which the cavalry charged into a demonstration killing 15 and wounding over 400. Nothing has changed much. Infiltration by police spies combined with mounted police charges into mass demonstrations are still two of the state’s preferred tactics to maintain social control.

The Thames River Police Act of 1800 established the first official police force in the UK. As its name suggests it was created to control the trade and workforce of the London docks. Tony Bunyan, in his excellent The History and Practise of the Political Police in Britain, quotes the human rights lawyer Ian MacDonald on this point: “From the very outset, therefore, there was nothing impartial about the police. They were created to preserve for a colonial merchant and an industrial class the collective product of West Indian slavery and London wage labour.” The Metropolitan Police was created by the Police Act of 1829 and a few years later a Select Committee of the House of Commons was investigating the case of plain-clothes officer William Popay, who had spent a year infiltrating the National Political Union of the Working Class.

Special Branch was formed in 1883 to formalise information gathering, especially dealing with militant Irish nationalism but within five years it turned its attention to European immigrant anarchists. By 1954 the then Commissioner of the Met was describing the remit of Special Branch as “to keep watch on any body of people, of whatever political complexion, whose activities seem likely to result sooner or later in open acts of sedition or disorder.” This is effectively the definition of ‘domestic extremism’ which the police use to justify undercover operations today.

Bunyan’s detailed study of Special Branch published in 1976 fails to mention the Special Demonstration Squad (SDS) established eight years earlier in 1968. This is no surprise. The SDS was created as a small secret unit of officers who, rather than conduct an undercover operation then return to uniformed duties, lived long-term within the cultures of those groups they were infiltrating. The complex genealogy of political police units and secret services tasked with preventing radical social change is due in part to the state being forced to develop new tactics to control shifting social movements. The SDS is no exception. Chief Inspector Conrad Hepworth Dixon developed the idea of the SDS in direct response to escalating protests against the Vietnam War in March 1968. As the radical left mobilised in Paris and across Europe the authorities in London needed a way to gather intelligence to undermine this increasingly anarchic movement. Demanding “take me to your leader” was no longer an option.

Undercover SDS officers Bob Lambert, John Dines, Mark Jenner and Andrew James Boyling, it has been revealed, formed long-term intimate relationships with female activists in order to embed themselves within movements and gain the trust of fellow organisers. This was a widely used tactic because activists were far more trusting of a respected woman’s partner than a lone stranger. There are probably many more who we will never know about. Rob Evans and Paul Lewis in Undercover estimate that between 100 and 150 police spies worked for the SDS and its successors. Fellow SDS officer, turned whistleblower, Peter Francis has given further damning testimony concerning the use of dead babies’ names, the infiltration of anti-racism campaigns and the monitoring of at least 18 families seeking justice for family members murdered by the police or in cases where the police obstructed justice.

Despite some recent media reports focusing on the ‘now disbanded’ SDS, which was wound up in 2008, several new units had already taken over and have actually expanded upon the work of the SDS: The National Extremism Tactical Co-ordination Unit (NETCU) was set up in 2004, and Mark Kennedy spied for the National Public Order Intelligence Unit (NPOIU) formed in 1999. Both of these were run by the Association of Chief Police Officers (ACPO), a private company. In 2010 they were amalgamated and brought back under the Met’s SO15 Counter Terrorism Command as the National Domestic Extremism and Disorder Intelligence Unit which continues to place undercover officers in groups advocating for social change. In June 2013, the Guardian reported that a Freedom of Information request had found that this unit had files on 8,931 individuals.

Over 15 official inquiries by the police and government bodies have failed to hold any undercover officer or their bosses accountable for the damage they have wreaked on individuals and groups. The largest of these is the Operation Herne ‘inquiry’ which has produced three reports – the last of which especially seems more concerned with public perceptions of the police than getting to the truth. This is what happens when the elite are left to judge each other. Theresa May has stated there will be a public inquiry into undercover policing, probably to begin in 2016, but hasn’t stated what will be included in its remit.

The women continue to battle for justice. After three years they have forced the Met, via the courts, to admit Lambert and Boyling were undercover officers but the police have been able to maintain their stance of ‘neither confirm nor deny’ regarding Dines and Jenner. The case against Mark Kennedy will be heard by the secret Investigatory Powers Tribunal unless the women are able to appeal the decision. The CPS has announced that it will not be bringing criminal proceedings against the undercover officers who deceived women into relationships. But the women continue their fight for truth in the civil courts.

A Brief History of Undercover Cops